Carmela and Paulino are two magazine actors who, in the middle of the Spanish Civil War. They usually act in the spanish republican side. Due to an error they cross the lines and are taken prisoner by the Francoists. They order them to perform a show for their troops and which includes a parody against the Republic, to mock international brigade members who are going to be shot. Carmela, indignant, spontaneously subverts this parody despite the desperate attempts of the failing Paulino, and ends up being shot too. Paulino is left alone and has no consolation but to get drunk and receive visits from the spirit of Carmela. The play is built as a great flash back from the memories of Paulino and Carmela, and includes numerous references, both political and popular theater of the time. 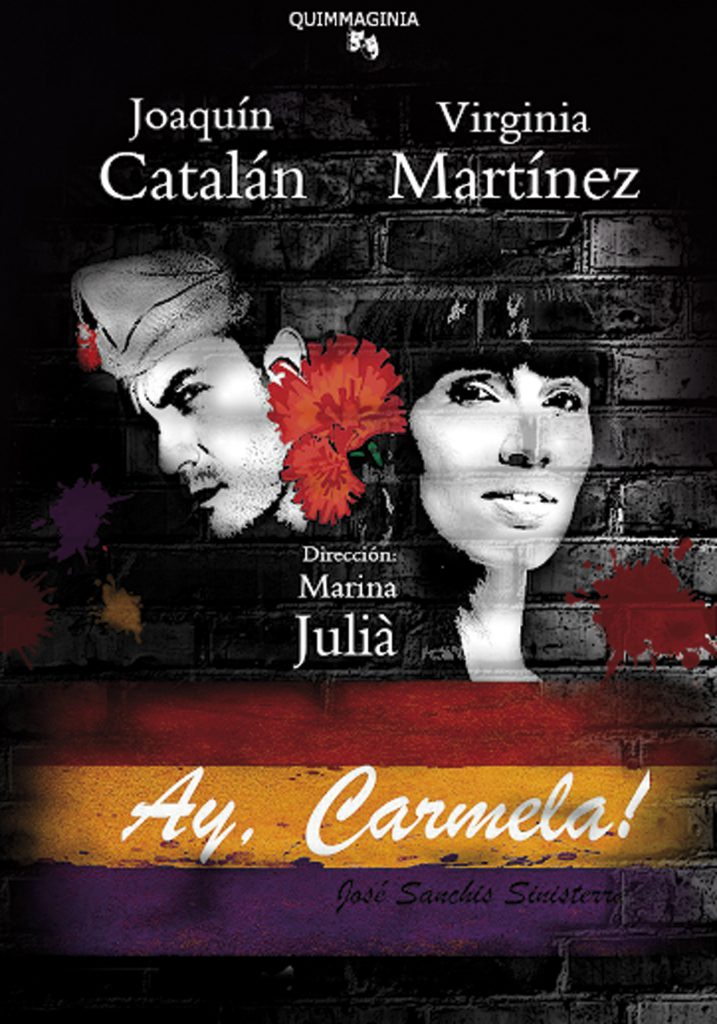