Joaquín teaches singing and acting individually or in groups

¨In my classes you will discover your voice as if it were an instrument. Each person has a unique instrument; the voice is something personal and must be worked from the capacity of each person. Many times, more than doing, we have to undo bad postures and vices that we acquire throughout life when we become adults. We must regain the natural position of our body and our voice device, in order to squeeze it to the maximum. It is important to enjoy through learning. Training our voice has to be something fun. ”

After graduating in Fine Arts, Joaquín studied Dance and Musical Theater. There he specialized in acting and vocal technique. There he acquires the knowledge and technique of great voice professionals such as Isabel Soriano, Juan Antonio Vergel, Kirby Navarro or Júlia Conesa (creator of the MODCLASS method).

Later he begins to delve into the different singing methods such as the ESTILL VOICE CRAFT by Helen Rowson or SPEECH LEVEL SINGING.

He has also studied numerous diction and speech therapy courses to complete his training and be able to offer higher quality learning.

He has worked in several schools in Barcelona and he offered several MASTERCLASS in different schools in Catalonia.

Since 2010 he is part of the staff of teachers at the Coco Comin school in Barcelona. He teaches  private singing classes, group singing classes and Musical Theater classes.

Do you want to learn to sing or improve your voice?

I CAN HELP YOU!!
His methodology consists of the student knowing Their bodies and their voices as an instrument. From there, combine technical training with creativity to fully exploit the potential of each singer.

What will we work on?

My singing classes are aimed at anyone who wants to learn to sing. It does not matter the age or if you want to do it in an amateur or professional way. The important thing is the desire! Classes can be in person or online. The duration can be 1 hour or half an hour. Contact me and I will inform you of everything. 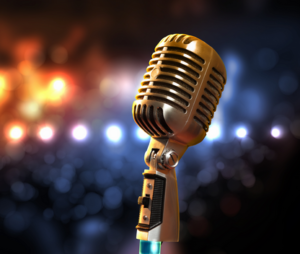